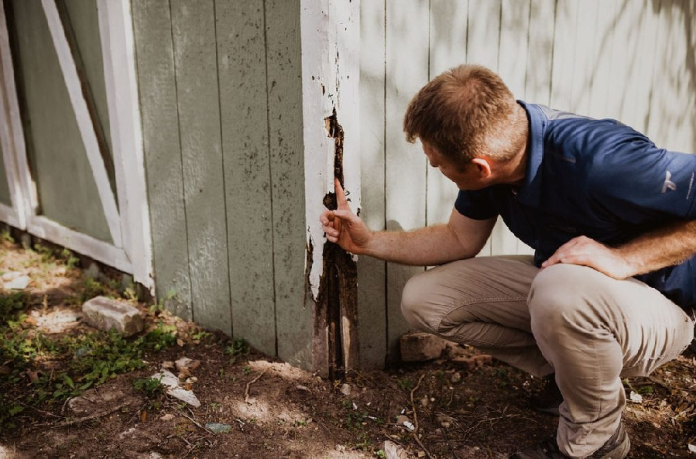 They’re small. They’re dangerous. They can eat an entire house!

…or at least that’s how we imagine these tiny but voracious bugs found nearly everywhere in Florida. Miami is a paradise for all sorts, including termites. Unlike tourists who come looking for the sun, however, termites are attracted by our city’s perennial humidity.

Termites were reported every month in Florida except December.

For the third year in a row, Miami tops the list of US cities with the most termites, according to the WDO report Florida released this week. It is followed by Los Angeles and Tampa, which have also held second and third place for the last three years. The fourth had gone to New York, though now that spot is taken by Washington, DC. Beyond that eerie feeling that–like in a dystopian sci-fi novel–termites are always watching us, the important takeaway from these reports is that the more termites there are, the harder it hits the pocketbooks of residents in the cities they infest.

Property damage caused by termites amounts to $5 billion annually across the country. Spring, which is here, and summer are the preferred seasons for these pests to develop, so if you’re looking to exterminate them, now is the time.

EXTERMINATING TERMITES IS EXPENSIVE IN MIAMI

In Miami, that familiar sight of “putting up the tent” (the popular term for the most effective method of eradicating termite) costs about $1,800 for a house over 1,700 square feet. And while that’s good news for pest control companies like Orkin, which has been in business for 120 years, it’s less so for families dealing with a tight budget in the South Florida real estate market, where the prices of a single-family home do not fall below $450,000. Orkin bases its report on clients who first engaged in its termite extermination services from February 2020 through January 31, 2021.

These clients are typically preparing to purchase a home, attempting to secure a mortgage loan from a bank–nearly all of which require proof that the house does not have termite problems as a prerequisite to lending. Likewise, the termite inspection can cost anywhere from $50 to $280, according to the Home Advisor website, and must be done by a certified inspector. In addition to these expenses there is the need for regular treatments so that termites do not settle in the houses, which cost more than $100 a year. It is also important to remember that most homeowners’ insurance in Florida does not cover termite damage.

The logistics that must be considered each time a family goes to put up the tent are not negligible either. The family or individual person needs to rent a hotel room for at least two nights because they can’t safely enter the house. They also must find a place for their pets, such as a kennel or pet-sitting service if no friends or family can watch them. That means paying extra fees for cat or dog accommodations or the extra cost at the hotel the family goes to, which must also accept animals–it seems the costs never end!

THE WDO REPORT ON TERMITES

What seems most curious about the WDO report Florida is that people, who spent more time in their homes last year due to the pandemic, observed via same-day termite inspection that they now had more termites in the house than ever before.

This may not speak very well of the interest they showed in remote work, though it does speak very well of the ability of some Floridians to discover the “devil in the details”. The intense 2020 hurricane season, in which 13 storms made landfall in the United States, also facilitated an increased presence of termites.

WDO pest experts also noted in their comments that termites stay where they find food and moisture– i.e., wood and water. With fewer and fewer trees in urban areas, termites are taking up residence in the suburbs, and in the case of South Florida–which is a glorified suburb–it appears they’ve made themselves at home.

Tips To Protect Your Plumbing from Tree Roots

5 Unique Designs of Candles & Incense Holders You Can Buy

The Sound of a Tornado: What Does It Mean for Those...

The benefits of floor sanding

Reasons To Call The Professionals For Plumbing Services in Mississauga