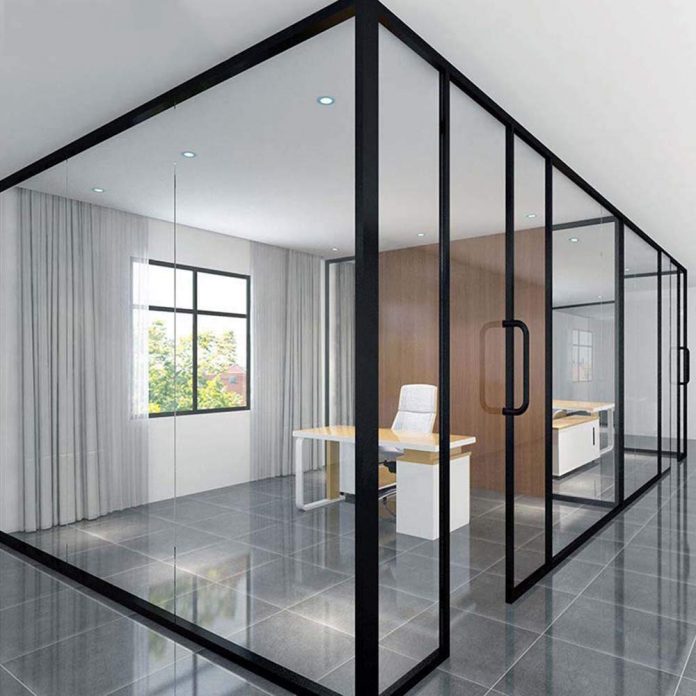 Technology has brought several innovations across various industries. One of such innovations in the building industry is the Smart PDLC Film which is commonly called switchable smart film. PDLC film is an electroactive substance that converts an ordinary piece of glass into an active ceramic that can change its physical state between transparent and opaque when exposed to electricity.

This feature makes smart glass useful for aesthetics and functional building design. For instance, the feature has been used to enhance privacy, build energy-efficient homes, improve interior glass structures’ safety, and many more.

Are you wondering how an ordinary glass panel can become activated when exposed to current? Keep on reading to understand how the Smart PDLC Glass Film works.

What is Smart PDLC Glass Film?

The Smart film is a thin material made of polymer dispersed liquid crystal (PDLC).  The PDLC contains crystal molecules dispersed in a semi-liquid state but aligns in a specific direction when exposed to electricity. Once the crystal molecules align in a specific direction, it reflects light and changes the film from an opaque to transparent appearance.

We understand that the switchable smart film can change its state dynamically when exposed to electricity. However, the film cannot be used independently due to the fragile state of the material.  It must be applied onto glass or other transparent ceramic structures to become useful for its application.

The next step is to install the smart film onto new or existing glass structures. This is one of the benefits of using smart film; it allows the conversion of any glass structure into smart glass. Unless you’re an experienced privacy smart glass film installer, enlist professionals and technicians to install them. Some suppliers provide remote technical support should you require product supply only.

Once the switchable smart film has been installed onto the glass surface, the next step is to connect the other accessories to complete the installation. This should be done by a qualified smart film technician. The accessories include the power transformer that supplies current to the smart glass and the control switch which turns the transformer on and off.

How Does Switchable Smart Film Work?

When you flip the control switch, the current passes from the transformer into the smart glass, and the polymer crystals within the films align in a specific direction. This action changes the appearance of the glass from frosted to transparent. Once the switch is turned off, the glass appearance changes back to the frosted or opaque state, this action explains why this glass technology is called “Switchable.”

Digital switching technology can be used to make the smart glass smarter. For instance, the control switch can be installed as a control function within a smartphone app. The entire smart glass system can also be integrated into a building management system for automation and centralised control.

Take a Look at Features of Office Cleaning Companies

Step By Step Guide To Install A Water Pump In The...

Is There A Difference Between A Mobile Home And A Manufactured...