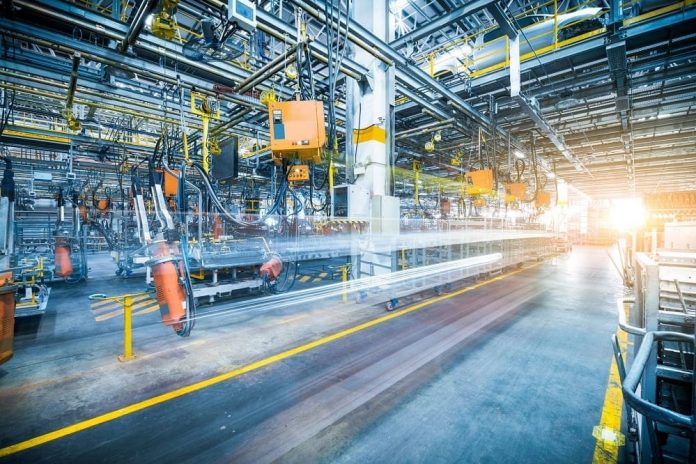 COVID-19’s impact on the world economy is significant. In 2020, many feared how the pandemic would push the global economy back to a recession as substantial as the one in World War 2. The economy shrunk by a staggering %%, damaging many businesses and companies all over the world. No one knew how the economy would recover from such a downfall.

However, because of various relief funds from different countries worldwide, such as the $1.2 trillion relief fund from the US, the economy is recovering slowly but surely. Economists predict that the global economy would grow by 5.5% this year, barely enough to cover the damage that the pandemic caused last year. This looks good for every country struggling to keep its economy afloat. However, what does this mean for different industries, such as the metal fabrication industry?

State of the Metalwork Industry in 2021

The pandemic affected many industries in the US. Some industries even lost billions of their revenue due to the strict quarantine implementations from the government. But some industries seem to have avoided the disaster. Industries such as the metal fabrication industry have weathered the storm, despite some processes being halted by the pandemic.

Many from the industry believed that the pandemic would significantly impact their business operations. They are right with that as various manufacturing companies had to temporarily close due to the virus. However, multiple parts of the industry, such as the steel fabrication market and the metalworking machinery market, are expected to grow throughout the year.

The steel fabrication market is still expected to grow between the forecast period of 2016 to 2026, with a compound annual growth rate (CAGR) of 3.4%. Simultaneously, the metalworking machinery market is currently growing with a CAGR of 3%, incremental growth of about $6 billion between 2019 and 2024. This is huge compared to the significant downfalls that many industries experienced this year. Overall, the entire industry is projected to grow by the end of this year.

Various trends are aiding the growth of the industry. Much like many industries in the world right now, technology helps the metalwork industry back on its feet. Automaton is expected to replace many functions in metal fabrication, such as cutting and welding. This means that products that rely on these processes like steel sheets, chimney caps, and metal roofing are all expected to be produced faster.

Thus, it is likely that the market for these products would rise incrementally, maybe even higher than the projected growth of the entire industry. The change is currently being implemented, as robots are now dominating metal fabrication operations such as welding. However, there is a growing problem that comes alongside this trend. The transition to automaton doing most of the daily operations in metal fabrication means many people are about to lose their jobs for various people.

This is a fear that anyone employed in the metal fabrication industry has. It’s also a growing problem, especially during the pandemic when millions have already lost their jobs. Manufacturers would inevitably choose automatons over human work because manual metalwork is a dangerous job. This means that it’s inevitable that many in the industry can lose their jobs because of this transition. But this transition also means that more can start their own metal fabrication companies.

The demand for products from the metalwork industry is increasing every day, despite the pandemic. Since the COVID-19 protocols for construction have been eased, more construction work is happening in the United States alone. This means that there is more need for metal fabrication, and because many companies in the industry are transitioning to automatons, more entrepreneurs are finding success in the industry.

Entrepreneurs entering the industry means more small companies. More small companies represent better industry growth and production. Better development and production means a healthier economy. And despite what many would think, automatons don’t necessarily cause human unemployment. They require more people to work them, which means more jobs! However, these jobs are primarily tailored for those that know how to use these automatons. Manual labor in the metal fabricating industry is fading away and being replaced by those that can operate robots.

Overall, the state of the metalwork industry is good. The industry is poised to grow over the next few years. Eventually, it will be one of the world’s biggest industries because of thousands of new companies entering the market.