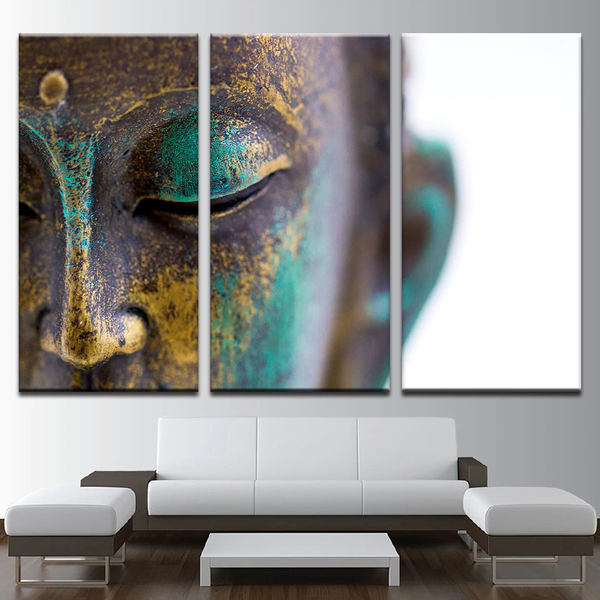 What makes an artist famous?

Beauty is a subjective matter. What seems beautiful to one may seem not-so-attractive to another. When a piece of art, or an artist appears repeatedly through the course of history, it stays in our mind for longer. Perhaps this retention is what makes an artist famous.

Here are 10 famous masters of art that took the world by a storm through their artistic talent and skills:

Regarded as the father of Expressionism, Edvard Munch paintings are known for their intense representation of psychological themes. The Scream (1893) is one such artwork that has become symbolic of the modern world’s anguish and desolation. One of the most famous Edvard Munch Paintings, it shows a sexless, contorted face screaming in horror. His artworks often invited controversies but the artist never backed down from his novel ideas.

Van Gogh Painting are famous across the globe, due to his unique ability of bringing seemingly simple and inanimate objects to life. The Dutch painter was one of the most influential figures of Expressionism and Post-Impressionism. He was one of the most narcissistic artists, thanks to a staggering number of self-portraits to his credit. Some of the famous Van Gogh Paintings include The Starry Night, Sunflowers, Cypresses, and the only painting sold in his lifetime: The Red Vineyard.

Known for his ‘primitive’ artistic expression, Paul Gaugin was a French painter and sculptor. Gauguin’s artistic career started quite late and he worked as a stockbroker before picking up a paint brush. Today, famous Paul Gaugin painting are some of the world’s most expensive art pieces. He gradually settled into an exotic identity, declaring his Peruvian roots and using certain images to evoke a particular feeling in the viewer. In February 2015, Nafea Faa Ipoipo was sold for a whopping $210 million making it the third most expensive painting in the world.

Lyman Saÿen spent his life as a scientist and artist and was a well known proponent of Fauvism and Cubism. He is best known for patenting a design for X-ray tubes that proved to be a major breakthrough in medical care. In 1903, he was commissioned to make four lunettes for a room in the capitol building. Today, these H. Lyman Sayen paintings can be seen in room H-143, used by the House Committee of Appropriations. Some of the most famous H. Lyman Sayen paintings were created in the last decade of his life.

Kamisaka Sekka was born to a samurai family and trained in the Rinpa school of art. His works are a blend of tradition and modernity. He traveled extensively in the West and was exposed to the upcoming art forms and artistic movements. On his return to Japan, he sought to bring a renaissance of sorts by reviving Rinpa art for a modern audience. Some of the most famous Kamisaka Sekka paintings include works from Momoyagusa (A World of Things).

Henri Rousseau was a self-taught artist and torchbearer for avant-garde artists. Often mocked for his lack of formal training, and his naive and primitive style, he went on to defy conventional norms to navigate his own artistic path and encouraged other artists to do the same. Henri Rousseau paintings are often remembered for their jungle-based themes and an abstract portrayal of humans, flora and fauna. Famous Henri Rousseau painting like Tiger in a Tropical Storm (1891) were inspired by his military experiences in the jungles of Mexico.

Coming from a family of sculptors Georges Pierre Seurat paintings were influenced heavily by ‘The Grammar of Painting and Engraving’ by Charles Blanc. Throughout his career, he paved the way for Divisionism and Pointillism by painting with small coloured dots instead of using regular brushstrokes. One of the most famous Georges Pierre Seurat paintings, A Sunday Afternoon on the Island of La Grande Jatte (1884), took two years to complete and became a prime example of his theories for generations to come.

The creator of the world’s most beautiful smile, Leonardo Da Vinci’s artistic achievements are often restricted to the beauty and mystique of Mona Lisa. Apart from being a painter, he was also an architect, an engineer and a theatrical producer. All his paintings were a culmination of hours spent on studying human anatomy, optics and other scientific phenomena to get the details just right. Salvator Mundi, one of his masterpieces, was auctioned in 2017 for $450 million and became the most expensive paintings in the world.

Known for his famous drip technique, two of Jackson Pollock’s paintings are on the list of top 10 most expensive paintings in the world—Number 17A and Number 5. Until 2011, Number 5 was the world’s most expensive painting. He used fluid dynamics to create his artworks and was also known as ‘Jack the Dripper’ due to his unique style. This technique involved making the paint drip from syringes, sticks, hardened brushes and turkey basters to achieve the desired effect.

Michelangelo di Lodovico Buonarroti Simoni was a 15th century Italian painter, sculptor, architect and poet. Such was the impact of his work, along with his rival, Leonardo da Vinci’s, they were considered to be the face of the Renaissance movement. The murals on Sistine Chapel’s ceiling is testament to his artistic vision and finesse. Some of his most famous artworks include David, Pieta and The Creation of Adam amongst many others.