Empire House SD
Home Home Improvement Where can we use no salt water softener? 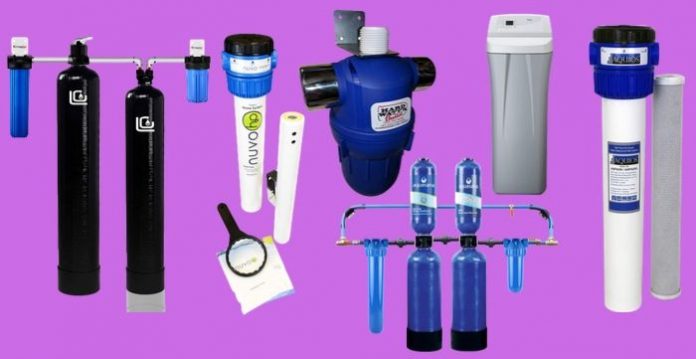 A no salt water softener is a type of water filter that crystallizes the magnesium and calcium salts found in hard water. These micro-crystals are unable to exit the solution and develop scale on pipes and water heaters. Hardness minerals are not removed by water conditioners; rather, they are physically altered and rendered incapable of forming scale build-ups.

Pretreatment of a tankless water heater is one of the most popular and effective uses for a water conditioner. Even if your water is low in calcium and magnesium, it still makes sense to install an anti-scale filter before any hot water appliance. Hot water has a dramatic impact on the rate at which scale accumulates. You’ll lose efficiency and prematurely fail if you let scale build up in your tankless water heater. It is extremely expensive to descale a water heater, and scale-ridden water heaters will drive up your energy costs. The heating element of water heaters becomes coated with scale.

As a result, as the temperature rises to heat the water, the scale encrusted on the heater must first be heated. In hot water, other anti-scale filters, such as phosphate filters, function poorly. The phosphate in the water breaks down as a result of the temperature, enabling some scale to form. A ScaleNet tank or inline cartridge scale inhibitor will keep your tankless water heater from accumulating scale, saving you money on water heater repair.

The capacity of TAC water conditioners to eliminate existing scale from pipes is another desirable feature. On a scale, the micro-crystals generated by the TAC medium have a snowball effect. The crystals rip apart and scrape away at the existing scale in your pipes as they run through them. Installing a whole-house salt-free water conditioner system might clear years of scale build-up from your pipes. However, if it releases too much scale, it may clog downstream and completely shut down your plumbing. However, once that portion of plumbing is restored, your pipes will most likely be the cleanest they’ve ever been in your home.

A salt-free system is a possible solution if you reside in an area with hard water and a water softener prohibition. This is especially widespread in California, where water softener bans have been enacted in regions such as northern Los Angeles and Santa Clarita. Softener wastewater is particularly salty, making desalination for reuse extremely challenging. The wastewater produced by softeners is problematic in regions like California, where drought is common and water conservation is vital. The challenging duty of eliminating huge amounts of dissolved salt from the water before recirculating it around the city is then assigned to municipal water treatment centers.

Hire the best and reliable Fit out company Liverpool:

Why install concrete retaining walls in your home?